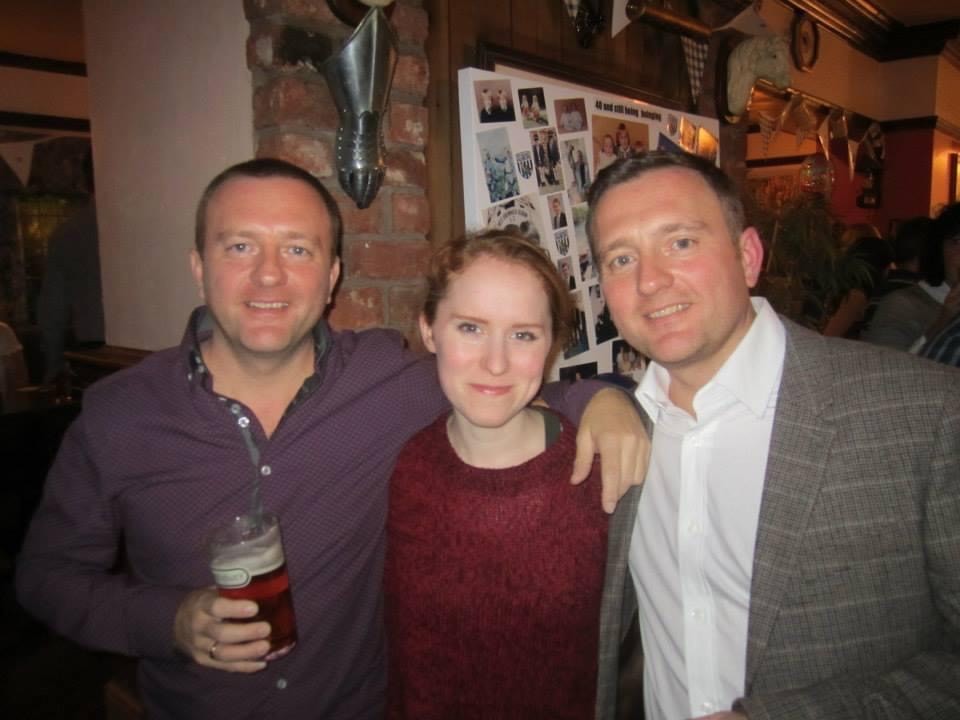 James Bagby, 47, a solicitor from Wrexham was brought back to life after suffering a cardiac arrest while out running in North Wales.

When consultant preventative cardiologist Dr Scott Murray, of Venturi Cardiology, an independent heart clinic in Warrington, heard he had an identical twin brother, Jon, he asked to see him too. He carried out a series of tests, including a CT scan of the heart, which allows doctors to see if disease is present, which revealed that he had an identical blood vessel issue as his brother.

“On the first morning of a two-week family holiday to our favourite place in Porthmadog in Wales I decided to go for a 10-mile run.

“After completing the Paris Marathon earlier in the year, I was in training for the Dublin Marathon and a quick run along Black Rock Sands seemed like a good idea.

“I left my wife Paula and two young daughters Hannah and Sophie at our caravan, programmed my smart watch with a running route and set off.

“I wasn’t expecting to be out for long.

“When I got to the beach the tide was in so I had to run a different way, which took me up a big hill. I was 8 miles into my run and remember it being a very hot day. It was so hot that I later learned that two servicemen had died on training exercises in the Brecon Beacons that week.

“I don’t remember much of what happened next because I only woke up in hospital two days later.

“At some stage while struggling up the hill, and very dehydrated, I collapsed at the side of the road. I don’t know how long I was lying there before I was spotted.

“But I was incredibly lucky because Charlotte Haywood, a trainee nurse at the time from Malpas, just happened to be heading home after camping overnight on the beach with some friends when she recognised I was in serious difficulty.

“My breathing was very shallow by this stage and then I suddenly stopped breathing altogether. She knew what to do. While she carried out emergency CPR, one of her friends called for help.

“Paramedics defibrillated me and got my heart going then an air ambulance flew me to Bangor Hospital where I spent two days in an induced coma.

“While all this was going on, my wife was frantically wondering where I was and called the police after she heard the air ambulance land. She was told that they had collected a man fitting my description and to wait to hear more. She feared the worst.

“And with good reason. Although it was initially unclear what had caused my cardiac arrest – doctors initially thought my heart had just stopped and I might need a pacemaker fitting – once I was transferred to Liverpool Heart & Chest Hospital and into the care of Dr Scott Murray, he put me through a further barrage of tests.

“He carried out a CT coronary angiogram, an invasive angiogram with ultrasound inside the artery to look at my plaque and a detailed MRI scan.

“Dr Murray explained to me that as heart disease progresses, the level of plaque and calcium in the vessel walls increases, so it can be an excellent indicator of disease and can be seen very well on CT scans.

“My blood tests confirmed that I had high levels of ‘bad’ cholesterol which had a role to play in why I had plaque inside my arteries. Running on such a hot day, exacerbated by being dehydrated, had caused a little bit of plaque to break away and to stop my heart.

“I was prescribed an ACE inhibitor, high dose statin and aspirin and, after two weeks in hospital, I was sent home to convalesce. I didn’t actually need a stent as the residual narrowing was not severe enough.

“My life had been saved but that wasn’t all. When I told Dr Murray that I was an identical twin he wanted to check my brother out too. Jon, who was living in Turkey at the time but now lives in North Yorkshire with his wife Tamasin and his six-year-old son Isaac, was a keen runner like me and fit and well.

“Dr Murray carried out the same sort of heart health checks he’d done on me – everything from an electrocardiogram (ECG) which checks the heart’s rhythm and electrical activity, an echocardiogram (echo) which checks the pumping function and valves of the heart and blood tests to a cardiac CT test – and the results were life-changing.

“It turns out that Jon and I both share a faulty gene that can’t handle bad cholesterol very well, which results in a build-up of plaque in the arteries, and that he was equally at risk of a cardiac arrest, which could happen at any time.

“His ‘bad’ LDL cholesterol level was very high, at 8 – anything above 3 mmol/L often leads to statins being recommended – and there was a 51% plaque blockage in his arteries, similar to my levels, and putting him at high risk of restrictive blood flow to the heart, which increases the risk of a heart attack. He had no symptoms.

“What I had gone through was bad enough, but hearing that my twin was equally at risk of the same thing happening to him was dreadful.

“I’ll always remember Dr Murray’s words when he said, following all the tests, that Jon was in a far better position now because he knows he has got a problem and something can be done about it. More often you don’t know there’s something wrong until you are in an ambulance on your way to hospital, like me.

“Like myself, Jon’s now on statins for life to reduce the level of cholesterol made from his liver, an ACE inhibitor and a daily dose of aspirin. We both have annual blood tests, we’re careful to eat healthily and if we go for a run we always take our phones and make sure we’re trackable.

“I’m so thankful to everyone who helped to save my life and I’m incredibly grateful to Dr Murray for saving my twin brother’s life too.”

“The investigation of asymptomatic but potentially vulnerable atherosclerosis is not yet a major focus for clinical cardiologists.

“These revealed he was at the same genetic risk of silent coronary artery disease as his twin and harboured a compositionally identical lesion in a coronary vessel that had not yet ruptured to cause an event.

“Aggressive medical therapy with aspirin, statin and ACE inhibitor was prescribed to protect Jon from a potential primary cardiac event.

“But after learning that James had an identical twin brother, who was also a keen athlete, we thought it was important to carry out a series of investigative tests.

“I feel very strongly that high risk patients, particularly those with a family history of premature myocardial infarction (MI) or death, should be screened with cardiac CT initially, to try and observe any high-risk plaque disease in development.

“This often intensifies both the preventative medical treatment and lifestyle advice that can be given. It also sends out a clear warning signal to the patient that they have coronary artery disease despite showing no symptoms. Forewarned is forearmed and it is great to hear that this has been sustained and they are both still well to this day.”

If you would like to book a consultation with one of Venturi’s consultant cardiologists please click here: 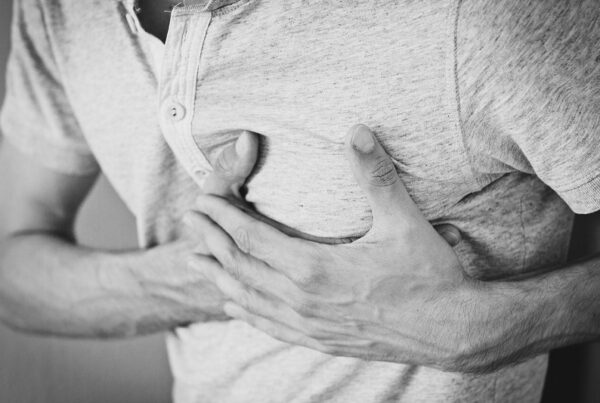 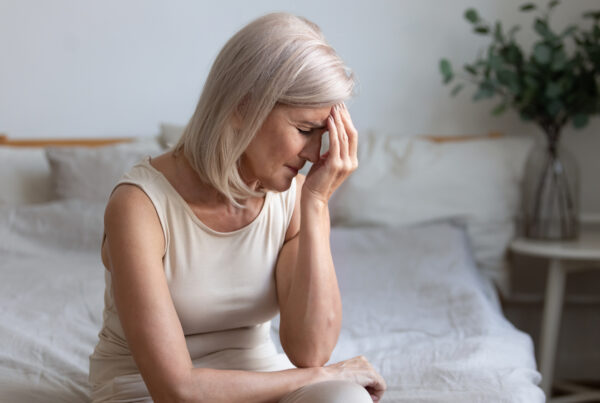 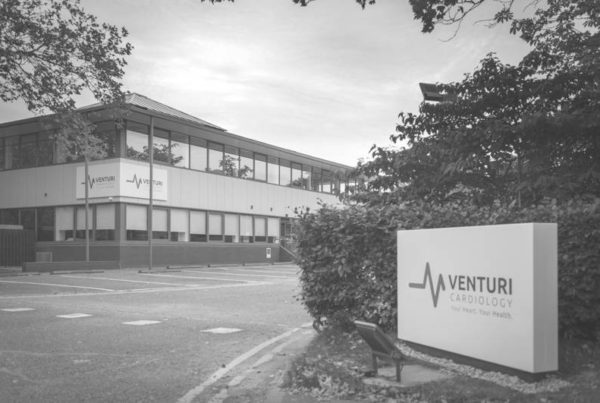